Grabovoi numbers, also known as Universal Cheat Code, were invented by a Russian psychic back in the late 90s.

However, only recently, the idea of using the Grabovoi number for manifestation and healing got viral after some influencers on social media, mainly on Tik Tok, posted videos showing people how they have manifested thousands of dollars using the simple sequence of numbers called Grabovoi numbers or codes.

Though the use of Grabovoi numbers seems promising and exciting, there is a lot of controversy about it and its creator.

In this post, we’ll tell you everything you need to know about the Grabovoi numbers: what are they, how to use them, and most importantly, are they legit? Also, get a Grabovoi code list for finding new apartment to passing exam and everything in between.

Grabovoi numbers are a collection of numbers that, according to their creator and many social media influencers, have healing and manifestation power.

It uses the radionic signature to manifest different desires and heal various health ailments. How?

To understand how the Grabovoi numbers work, first, we have to understand the concept of radionic.

Radionic or electromagnetic therapy(EMT), used by a holistic health practitioner, is a part of alternative medicine.  In this method, the practitioner uses the Radionic instrument to diagnose and treat the disease by applying electromagnetic radiation, such as radio waves.

The Radionic theory believes that all life forms have their unique electromagnetic field and are connected with each other.

When disease and sickness appear in the body, the electromagnetic field gets distorted which can be detected by a Radionic instrument and let us know it in the form of a number, or in geometrical patterns. Then, practitioners analyze the numbers to find the nature of the disease and ways to treat them.

In 1910, American physician Albert Abrams first gave the concept behind radionics in his books.

Later, Grigori Grabovoi, based on the concept of radionic theory, postulated his theory: of healing the disease using numbers. He wrote the book on it called “Restoring the Human Body by Focusing on Numbers” published in 1999 where he mentioned two numerical sequences for healing- 4986489 and 548748978. Grabovoi numbers are created by Grigori Petrovich Grabovoi, a psychic and founder of a Russian sect called Teaching Universal Salvation and Harmonious Development.

Grabovoi has claimed himself as the second coming of Jesus Christ and to be able to cure AIDS and cancer of any stage. He also claimed that he could resurrect the dead and change reality.

The use of Grabovoi numbers for manifestation and healing is the trend in social media, however, few people know that its creator was sentenced to 11 years of prison for a fraud case where he promised the mothers of dead children that he could resurrect them.

As I mentioned above, Grigori Grabovoi first mentioned the methods to treat the disease with the use of numbers in his book published in 1999.

During the Covid pandemic, the concept of healing using numbers began to spread on social media. First, a few TikTok influencers started the movement by sharing their success story of how they have used the Grabovoi numbers to manifest unexpected money.

WARNING: Using Grabovoi numbers for manifestation and healing is relatively new ideas. There is no any scientific evidence to support it. Moreover, notorious past of its creator and skeptic review from expert convince us that it is wise to not use it.

That said, I suggest you to not fully believe in other poeple’s opinion if you have gut feeling that Grabovoi number will work for you then use it without any hesitation. You’ve no thing to lose from using the Grabovoi number for manifestation. Check whether it works or not for yourself.

How do Grabovoi numbers work?

According to social media influencers and their believers, the Grabovoi number does work for manifestation and healing.

Each Grabovoi numbers represent electromagnetic energy with specific frequencies. When we use that number by visualizing or reciting, we’ll be able to transfer the energy of numbers in our bodies.

In short, Grabovoi numbers works by raising our vibration by transferring its energy to us.

How long does it take for Grabovoi numbers to work?

There is no one-size-fits-all answer to it. It depends on your desire and the sequence of numbers you’re using. Some people get results after 3 days while others succeed at manifestation after 21 days or a few weeks. It may take longer or shorter in your case.

What do Grabovoi numbers do?

Grabovoi numbers help you manifest your dream. It is believed that with the help of Grabovoi numbers or codes,  you can easily manifest unexpected money, love and relationship, and abundance.

It also can be used to heal the diseased body. Use the right sequence of numbers designed for a specific disease to heal your body from it. Furthermore, Grabovoi numbers can also help you heal the body of someone you love and care about.

How to use Grabovoi numbers for manifestation and healing?

Each Grabovoi number has unique vibration which when added with other numbers create specific vibration with the ability to heal certain ailment and manifest specific desire.

First, choose the Grabovoi numbers according to your desire. Then, you’ve to activate the number each time you use it.

How to activate Grabovoi numbers?

I am going to activate the (Grabovoi numbers) for ( your desire) on (state the date). I believe and trust the Universe. With the help of Him everything is possible. I happily and easily manifest (your desire) using sequence ( Grabovoi numbers). I am thankful for the infinite intellingence to bless me with my desire. Thank you.

After activating the Grabovoi numbers, you can use them in the following ways: 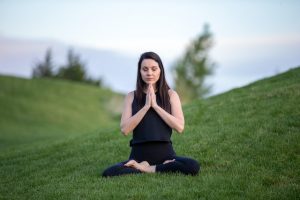 Other methods of using Grabovoi numbers are:

Note: You can use multiple Grabovoi numbers sequence at same time. But, focus on a single sequence of number at a time and put about 3 hours of gap between sessions.

Grabovoi numbers are safe to use. You can use it to get rid of the disease present in your body. Plus, it also helps you to manifest your desire.

Where to find Grabovoi numbers?

Grabovoi numbers are generated using the radionic machine. However, you can find Grabovoi numbers for common problems and desire online either by searching on Google or YouTube.

Grabovoi numbers, Grabovoi codes, Manifestation codes, and Universe Cheat codes do the same things but their nomenclature is different. Don’t get confused when people are using them interchangeably.

Read also: What are switchwords and how to use them for overnight manifestation?

Many people are getting success at their manifestation by tapping the power of Grabovi numbers. You can find a lot of testimonials and success stories on the web or on YouTube about Grabovoi numbers.

The troubled past of its creator and some expert advice are convincing enough to not use the Grabovoi numbers.

It’s true that Grigori Grabovoi, inventor of Universe Cheat Codes, went to prison for a fraud case. And, it’s also true that experts are stopping people from not using them as they believe it is just a new hype created by social media influencers to make money online.

The only way to find the truth is by using the Grabovoi number for yourself, experimenting with it, and seeing whether it works for you or not.

Try using Grabovoi codes for a few weeks with complete belief in them. Find yourself about its legitimacy.

Q1. What does the bible say about Grabovoi numbers?

Grabovoi numbers have nothing to do with any religious belief. There is no evidence of Grabovoi or anything similar in the bible or in any other holy text for that matter. However, every holy book teaches us to live our best life; and Grabovoi number is believed to do that.

Q3. Is it a sin to use Grabovoi numbers?

No, you’re not doing anything sinful by using Grabovoi numbers. In fact, it helps you live your best life by attracting your desire.

Q4. Can you apply the Garabovoi number to other people?

Yes, you can apply the Grabovoi number to other people. To do that, use the name of the person you’re trying to help while activating the numbers.

Q5. Are grabovoi codes a sin?

No, using Grabovoi Codes is not a sin at all. By using these codes you’re only manifesting your desire so it can’t hurt anyone. That’s why it is not a sin.

520 741 8 is Grabovoi Codes used for unexpected money. To use it, first, you have to activate it then visualize, recite or write numbers to get its energy for manifestation. Switchwords are a word or combination of a few words that when chanted help you solve any problems in your life and manifest desires magically. Switchwords are better than affirmations for manifestation as they can easily enter the realm of the subconscious without any resistance from the conscious mind. Like a mantra, chanting switchwords raise… 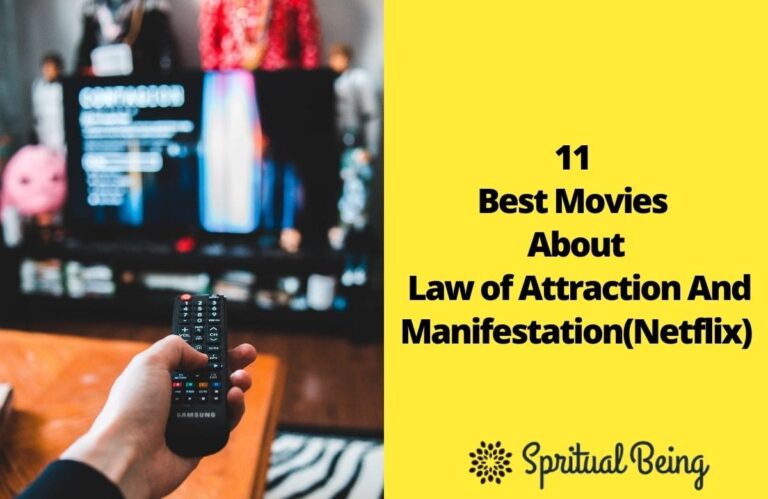 The 3×33 Manifestation method is a powerful scripting technique where you write a positive statement regarding your goal 33 times for 3 consecutive days.  It is devised to quickly and easily implant the idea of your goal into your subconscious mind by making you repeat it with intense focus and emotion. It is true, that… 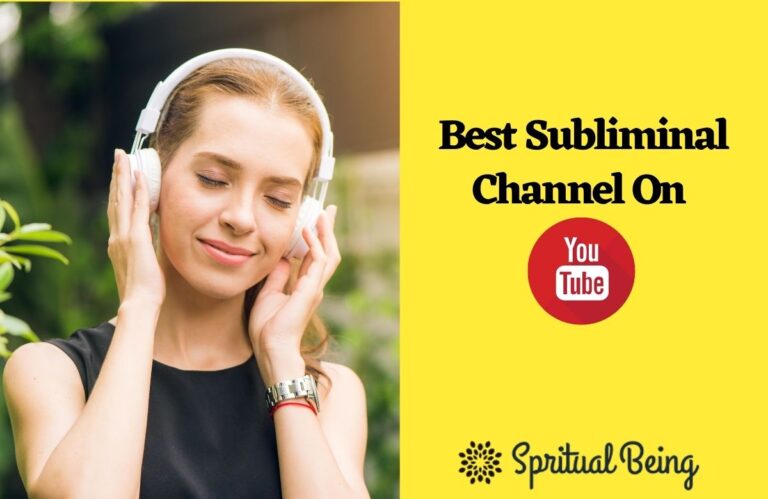 Do you know essential oils can be used for the manifestation of desire? Essential oils, compounds extracted from plants, are pleasant to smell that can elevate your mood within a second and get you into a state of joy. However, not all essential oils can help you attract your desire.  In this post, you’ll discover…