These are the questions that I frequently get from my followers who are trying to shift the realities.

Symptoms and signs act as hints or warnings that a shift was about to occur. At least, in my opinion, they encourage you.

When you notice that you were moving in the right direction, you’ll naturally be glad that you were getting close, which will encourage you and give you more confidence for your subsequent attempts.

In this article, you will find the common reality shifting symptoms. You also find out some uncommon symptoms that you might experience while shifting reality.

These are signs and symptoms of shifting that I am aware of, have personally encountered, or have heard about from others. If you experience similar symptoms, that means you’re close to your shift.

However, if don’t have any of these symptoms, don’t worry. You might experience some other symptoms which are unique to you.

You should be aware of any unusual events that take during shifting and take it as symptoms that you’re ready to shift to your desired reality.

That said, here are some uncommon signs and symptoms that you might experience while shifting to your desired reality:

Symptoms of shifting during the day

Here are the common symptoms that you might come across during the day while shifting:

How do you know if you are shifting realities?

You might experience the signs and symptoms mentioned above. That’s one way to know if you’re shifting realities.

However, you don’t necessarily have to have reality shifting symptoms to know you’re ready to shift. It’s normal for some people to shift without feeling anything.

If you don’t see any signs or symptoms, don’t worry. You will still shift to your realities. For this, you should keep practicing whatever shifting methods you’re using and have faith that you’ll manifest reality shifting no matter what.

How long does it take to shift realities?

It depends on how clear you’re about your desired reality and the reasons for going into it. The more clearer and focused you’re on your goal, the easier it becomes to shift.

That said, it might take a few weeks to months to shift to your desired reality.

However, if it takes longer than you anticipated, try not to get discouraged. Some people take days, while others take weeks, months, and so forth.  It’s all up to you and your mindset.

Can reality shifting make you sick?

Most people complain of experiencing “symptoms” like chest pains, headaches, fatigue, and breathlessness while shifting. These are also the sign and symptoms that you’re about to shift.

However, these symptoms are very concerning and might make you sick for a while. Remember, these are temporary symptoms and they will go on their own. They won’t afflict any serious injury in long run.

But, if you find these symptoms such as headache, migraine, or nausea very disturbing then I suggest you stop shifting for a while. Try to shift once you’ve cured these symptoms using medications or some other way.

How to ignore shifting symptoms?

Try to ignore any symptoms you experience while trying to shift. keep your method and visualization in mind instead because that’s what will help you jump into your desired reality.

It is true that symptoms of reality shifting are indicators that your shifting is near. However, some symptoms might be annoying such as headache, migraine, or nausea which may distract you from your desire and bring you back to your current reality.

So, whenever you find the symptoms of shifting distracting, stop your shifting effort and find the solution to get rid of those symptoms at first.

Also, it doesn’t mean you should give up if you no longer experience symptoms; rather, it just means your body has grown accustomed to the situation and will start letting you shift.

You’re closer than you think, so keep going! Now, you ought to be more committed than ever.

To conclude, remember these reality shifting symptoms and get conscious of them whenever you’re trying to shift. If you experience any of these symptoms, know that you’ll soon shift to your desired reality.

However, you may not experience any symptoms during shifting which is totally normal. You can still shift to your desired reality without experiencing any signs and symptoms. The piano method is one of the sleeping methods for shifting into a desired reality. It is created by an amino user with the name Cassie. Shifting, which is very popular among Tiktok users, is a process of transferring your consciousness from your current reality to your desired reality.  Your desired reality can be anywhere… 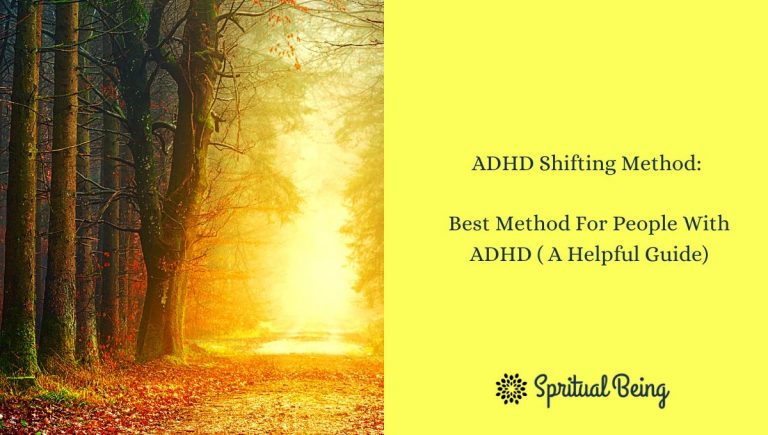 For successful shifting, you need to focus on your desired reality and visualize it without being distracted. However, it is difficult to focus on a single thought for a person and it becomes even more difficult for a person with ADHD ( Attention Deficit Hyperactive Disorder). If you are someone who finds it difficult to… Why I am not shifting? What is blocking me from shifting? Why I have not shifted yet? These are the questions mostly asked in the shifting communities. Shifting reality is the process of transforming your consciousness from your current reality to your desired reality. And, it is possible to do so. Many people have shifted… Can you shift realities while being awake? If so, how to shift realities while awake? Many shifting methods make it mandatory to visualize your Desired Reality. But when you start visualizing, it becomes easy to fall asleep which may delay the shifting process. If you’ve tried a variety of such shifting techniques to enter the… How to shift to stranger things? Below, you’ll find the answers. If you’ve watched Stranger Things, you must have wished to experience its world, have fun with its character and fight the Demogorgon and Demodogs with them.  You might have a crush on the characters of Stranger Things, Steve and Eddie are my favorites, and…